Casacol was founded in 2013 with a singular vision: to assist both foreigners and locals alike make smart home purchases and investments in Colombia.

Contact info for each of our team members is below, we look very forward to working with you and thank you for your interest in Casacol!

In six short years we've grown to be the largest property manager of furnished apartments in Medellin and to the best of our knowledge we've represented more foreigners on both a volume and value basis in the last year (2019) than any other agency local or foreign owned.

Every day our team works hard to provide our clients with the best advice and best value in the market whether they are looking for retirement/vacation homes or income producing investment properties.

Casacol SAS is also an active member of the Lonja of Medellin (Real Estate Association) and the entire sales team (and most of the property management team) is Lonja trained and certified. 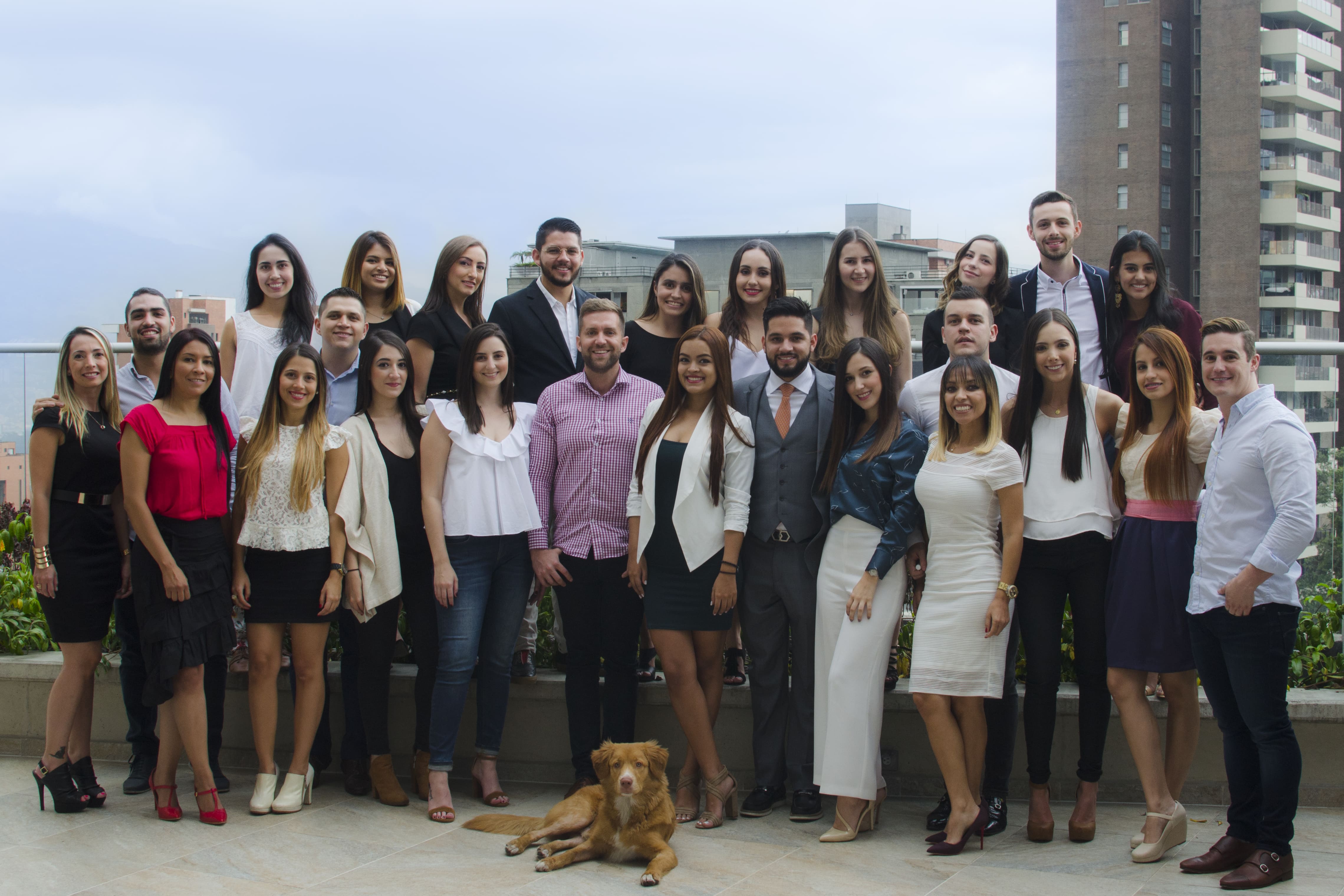 Our Mission at Casacol is twofold:

1) To provide the very best in investment opportunities and advice to both our foreign/local clients and to only offer investments that we feel maximize the goals of the client.

2) Provide an exceptional guest experience to those to rent our apartments. Happy guests will return again and again and refer friends, family and colleagues and thus keep our apartments full and our investors happy.

The Casacol Vision and Philosophy

Investing in Colombia should be safe, transparent and profitable. Navigating the investment process by yourself in a foreign country with a language and culture you may not understand can lead to costly mistakes. We aim for Casacol to be first choice for Colombian nationals and foreigners when an investor is looking for a high quality, income-producing asset with high liquidity and long-term price appreciation potential.

Also hospitality in Medellin should be world class. As a developing country, Colombia can sometimes deliver an experience that falls short of the expectations of the international traveler. At Casacol we believe that a true global 5-star guest experience on a global standard for both our short and long term guests will soon become the norm in Medellin as our new projects come to fruition.

Below are the profiles of some of our team members who work hard every day to uphold our mission and values. 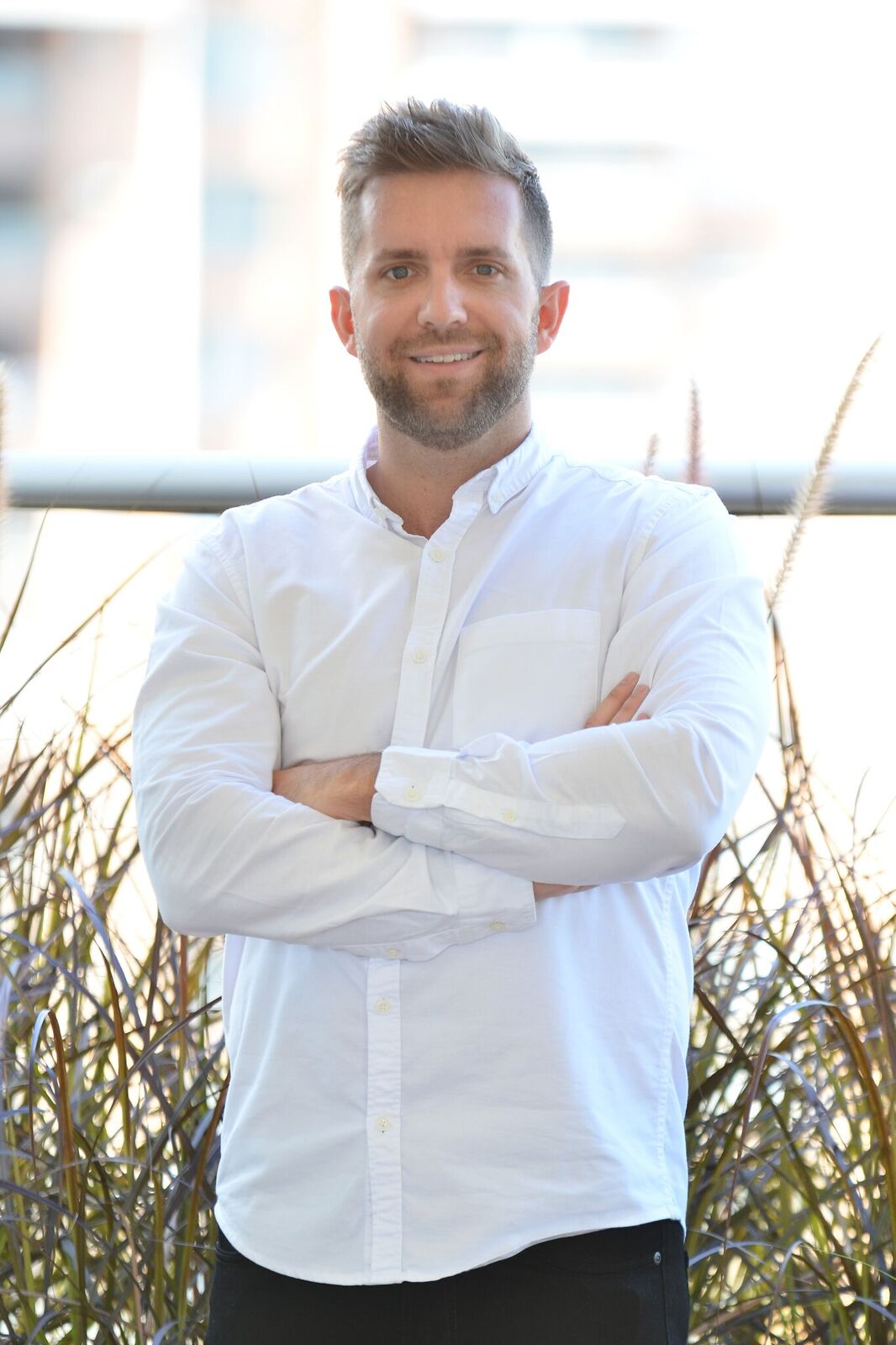 Originally from Canada, Brad spent 12 years in the software industry and lived in Vancouver, Toronto and New York City before moving to Colombia to focus full time on Casacol in 2013.

Brad first traveled to Medellin in 2007 and started investing shortly after finding the opportunities in real estate to be too good to pass up. Today Brad is constantly searching for the best value in the Medellin marketplace and prides himself on the Casacol property management division with more than $30M USD in property assets under administration and more than $10M USD in new product/building pipeline delivering 10-15% annual returns to our investors. 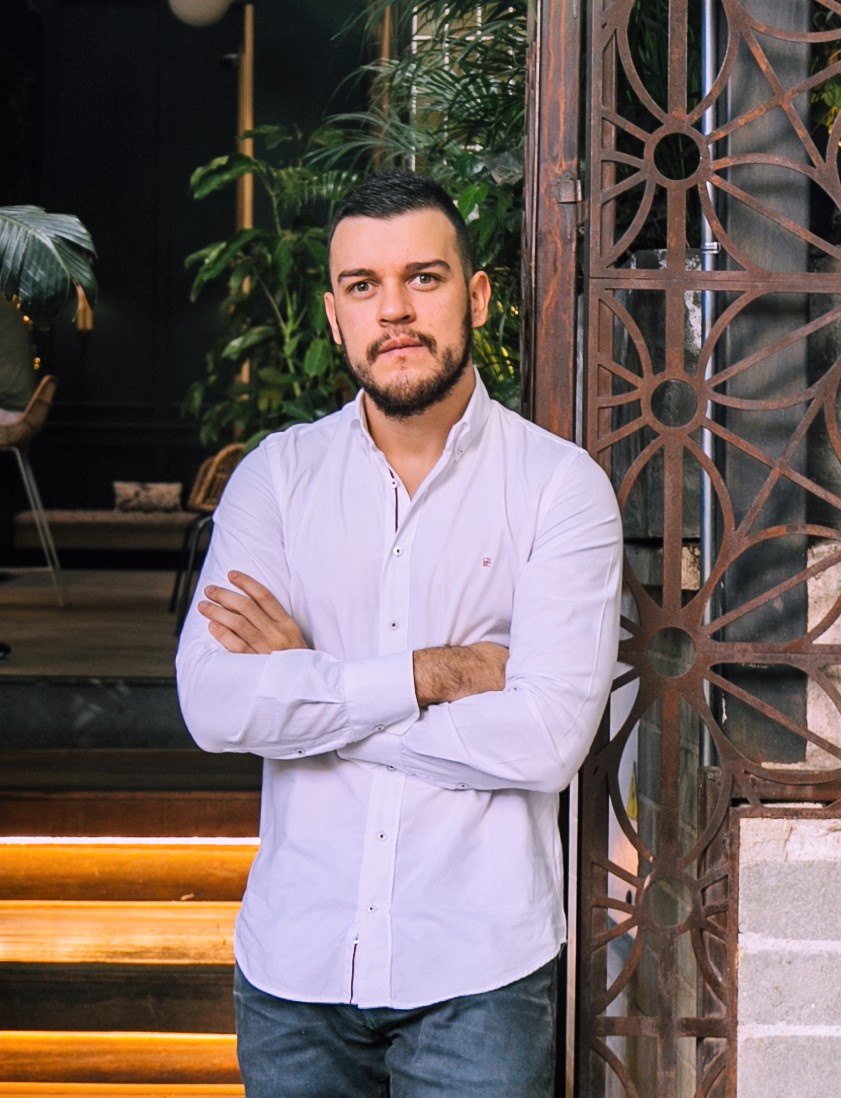 
Juan Pablo is of Dutch/Colombian ancestry and studied International Business at EAFIT University in Medellin and perfected his English while growing up in Europe. Juan Pablo is also fluent in Portuguese which has been a plus for our Brazilian investors in Medellin.

Juan Pablo has successfully completed the series of professional real estate courses and licensing program in the Lonja of Medellin. 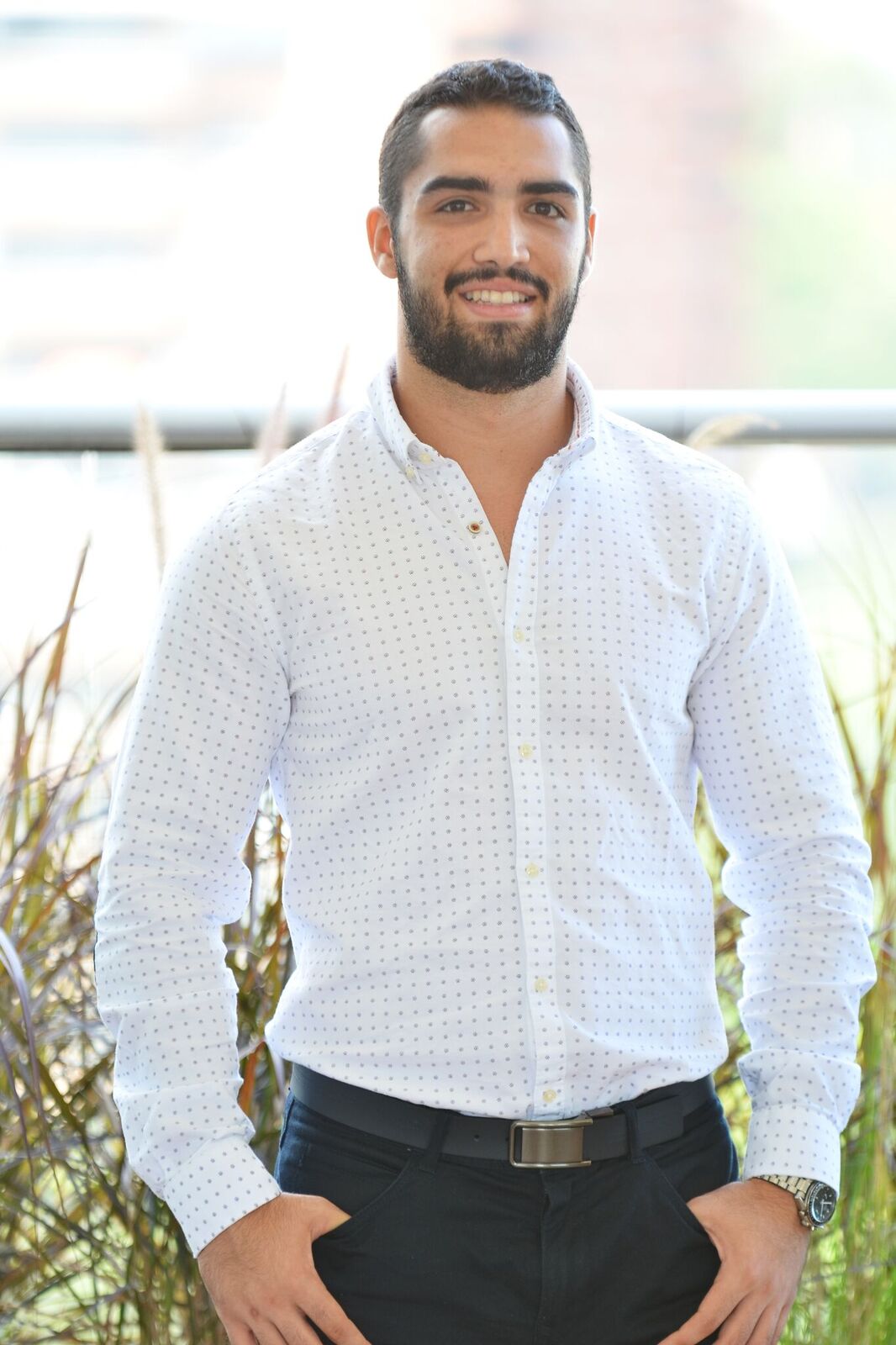 
Daniel is originally from Pereira and came to Medellin for International Business studies at EAFIT in 2013 specializing in finance studies. Daniel speaks fluent English and Portuguese and spent 6 months during a University exchange in Zurich, Switzerland where he studied strategic management and negotiation, advanced financial analysis and management of cultural differences in business.

He joined Casacol upon graduation with a keen interest in real estate and foreign investment in Medellin. Daniel is also a student of real estate bubbles from a finance/credit perspective and his keen interest in the stock market and security analysis. He is also incredibly passionate about Crossfit (his "Murph" record is 38:15, FYI).

Daniel can be contacted directly at daniel@casacol.co.


Daniel can be contacted directly at daniel@casacol.co. 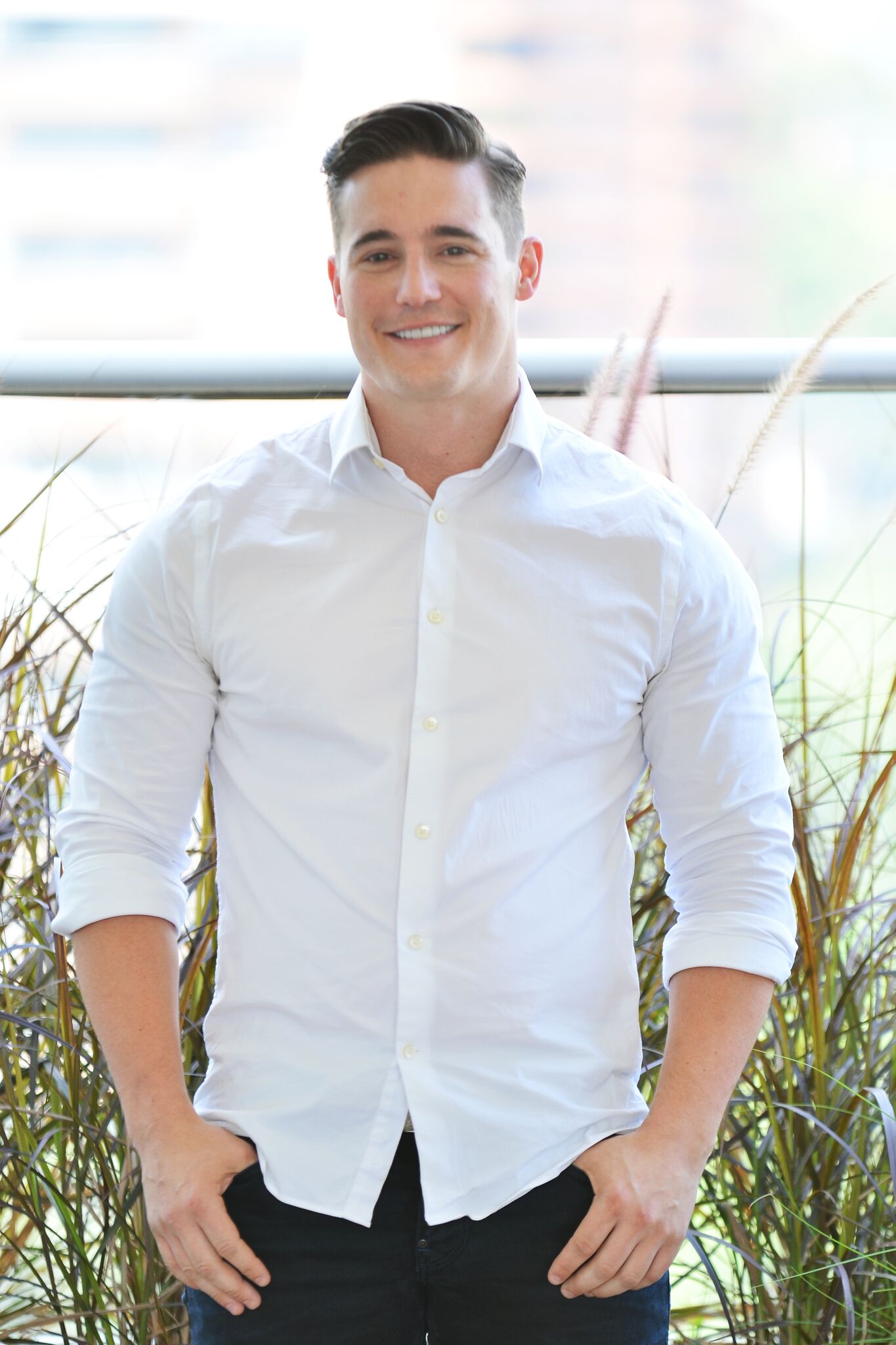 
James has invested in Medellin real estate alongside Brad for many years was the first investor in the Soul project upon conception. James holds advanced degrees in Sciences as well as an MBA, and originally pursued a career in the biopharmaceutical industry. After assisting his company to dominate business goals for niche therapeutics, James decided to follow both his investments and passion for real estate in Medellin by joining Casacol full-time.


Today James is responsible for the entire commercialization of the Soul building for sales. He can be reached at james@casacol.co. 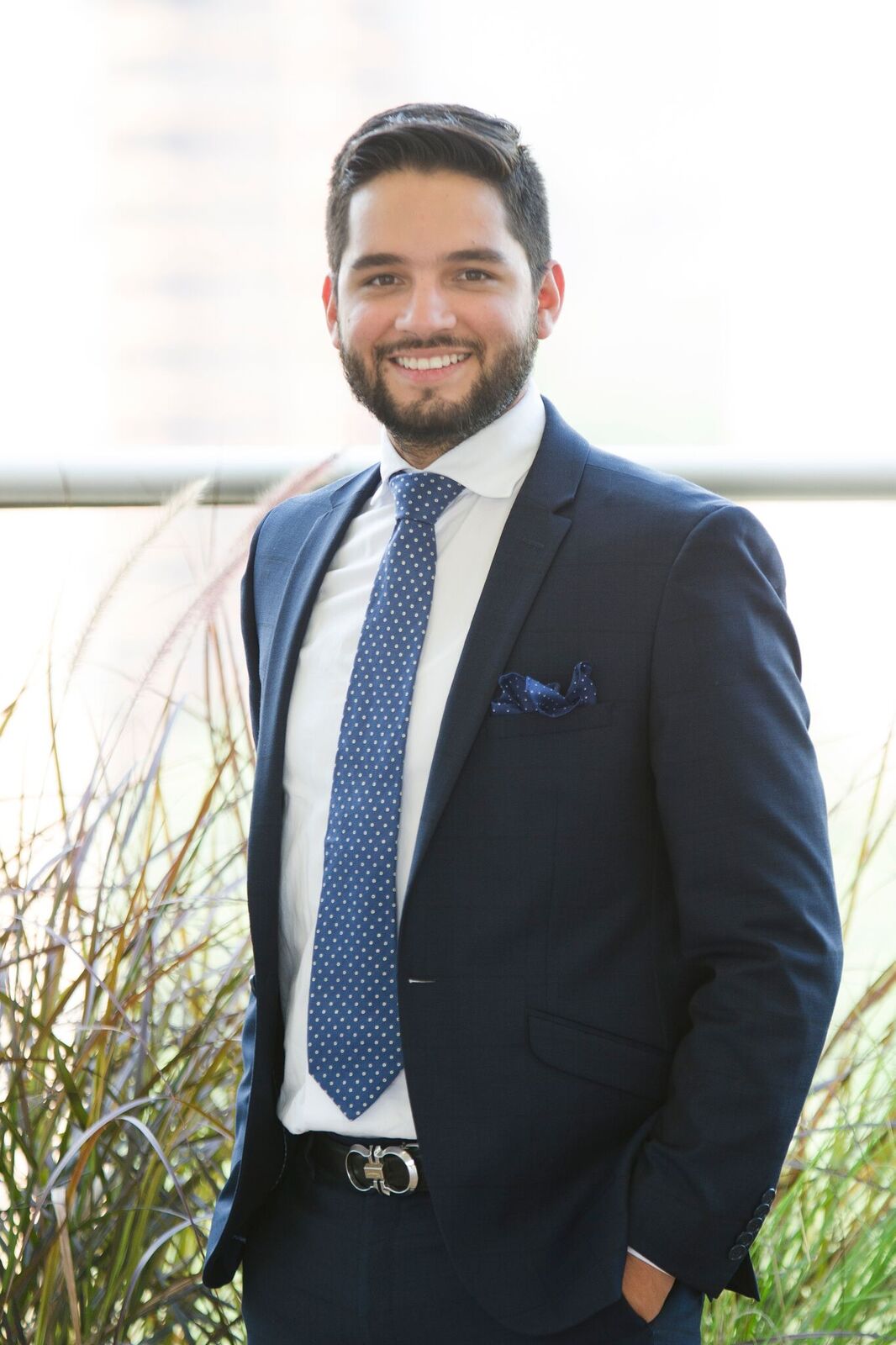 Juan Jose completed his high school studies in Erie, PA and received his law degree from EAFIT University with a focus in International Law and Trade. Juan Jose lead the United Nations Society at EAFIT and proudly represented EAFIT at Harvard's WorldMUN conference in Vancouver, Canada, and Melbourne, Australia. Juan Jose is currently completing a masters degree in taxation law at UPB University after which he will be able to better advise Casacol clients on tax strategies and especially the major change in the 2017 tax reform in Colombia.

Juan Jose can be reached for all legal matters at juanjose@casacol.co. 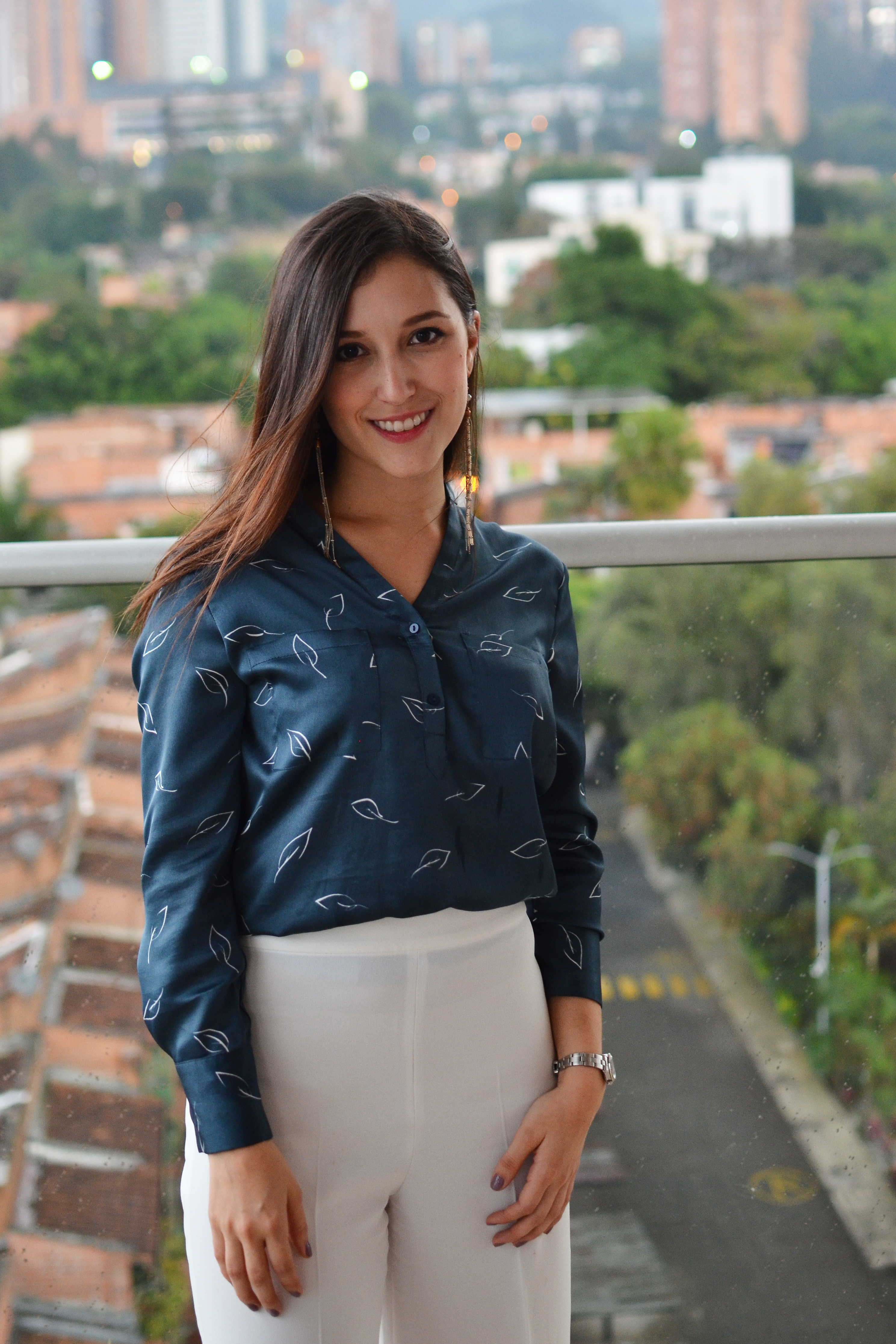 
Ana Sandoval studied International Business in EAFIT with a focus on globalization of Colombian companies. Prior to Casacol, Ana worked for Procter and Gamble and helped grow P&G consumer product market share in the Barranquilla market. She was a member of the marketing student group at EAFIT and participated in their annual marketing congress.

Ana also represented the EAFIT University student as a delegate at the Organization of American States in Washington DC. Ana is passionate about traveling and learning new languages. She speaks fluent English, French, Portuguese and Italian in addition to Spanish. Ana was a university exchange participant at ICHEC university in Brussels to perfect her French and she has lived and studied in England and Brazil.

In her free time, Ana enjoys training aerial dance and is an avid Crossfitter.


Ana can be reached directly at ana@casacol.co. 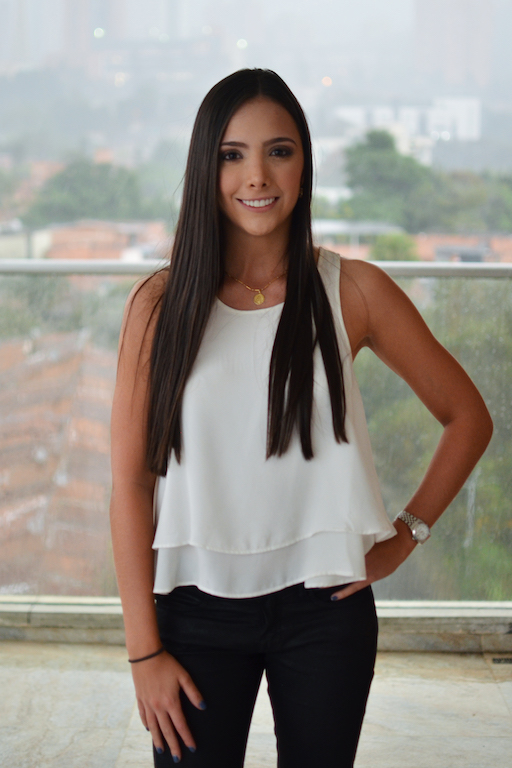 
Susana joined Casacol in 2018 after her International Business studies at EAFIT University. She is 100% bi-lingual and is passionate about the real estate industry in Medellin. Coming from a family of entrepreneurs, she considers her property management responsibility at Casacol like "running her own business" too.

She enjoys going to the gym in her free time.


Susana can be reached directly at susana@casacol.co. 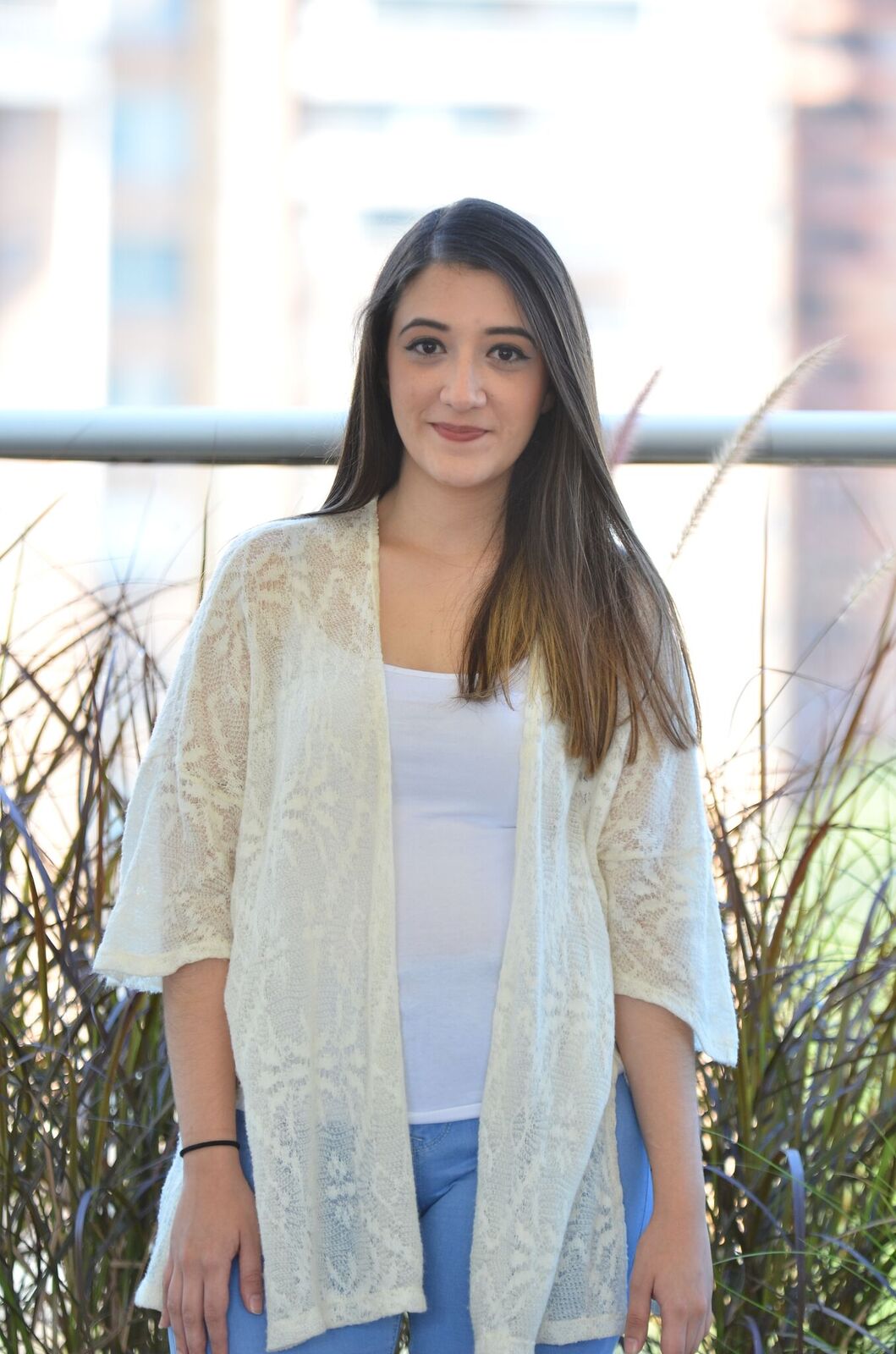 
Luisa is responsible for the property management of our Nueva Alejandría and Next Avenue portfolio. She works full time at Casacol while also studying law at the Universidad de Antioquia. Luisa joined Casacol in 2016 from Oasis Collections where she spent her previous 2 years as their guest experience manager for Medellin.


Luisa can be reached directly at luisa@casacol.co. 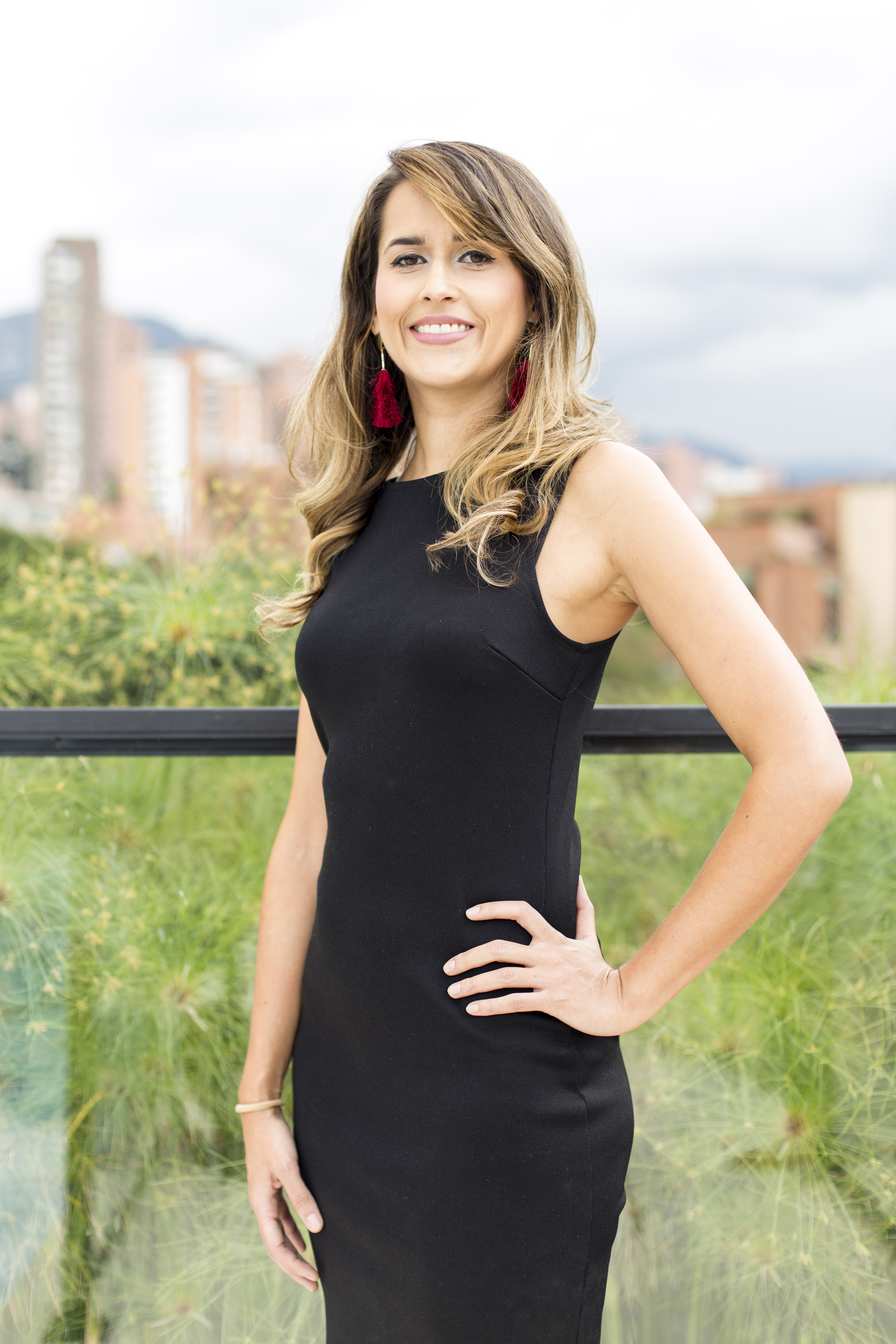 
Valentina Elejalde Angel is a professional in Hospitality and Tourism Management from Universidad Externado de Colombia, Bogotá. She started her working experience as a restaurant manager, and after graduation had the opportunity to work as a Lobby Bar Manager at JW Marriott Bogotá before being promoted to Restaurant Manager and F&B Assistant Manager.


Valentina can be reached directly at valentina.elejalde@casacol.co. 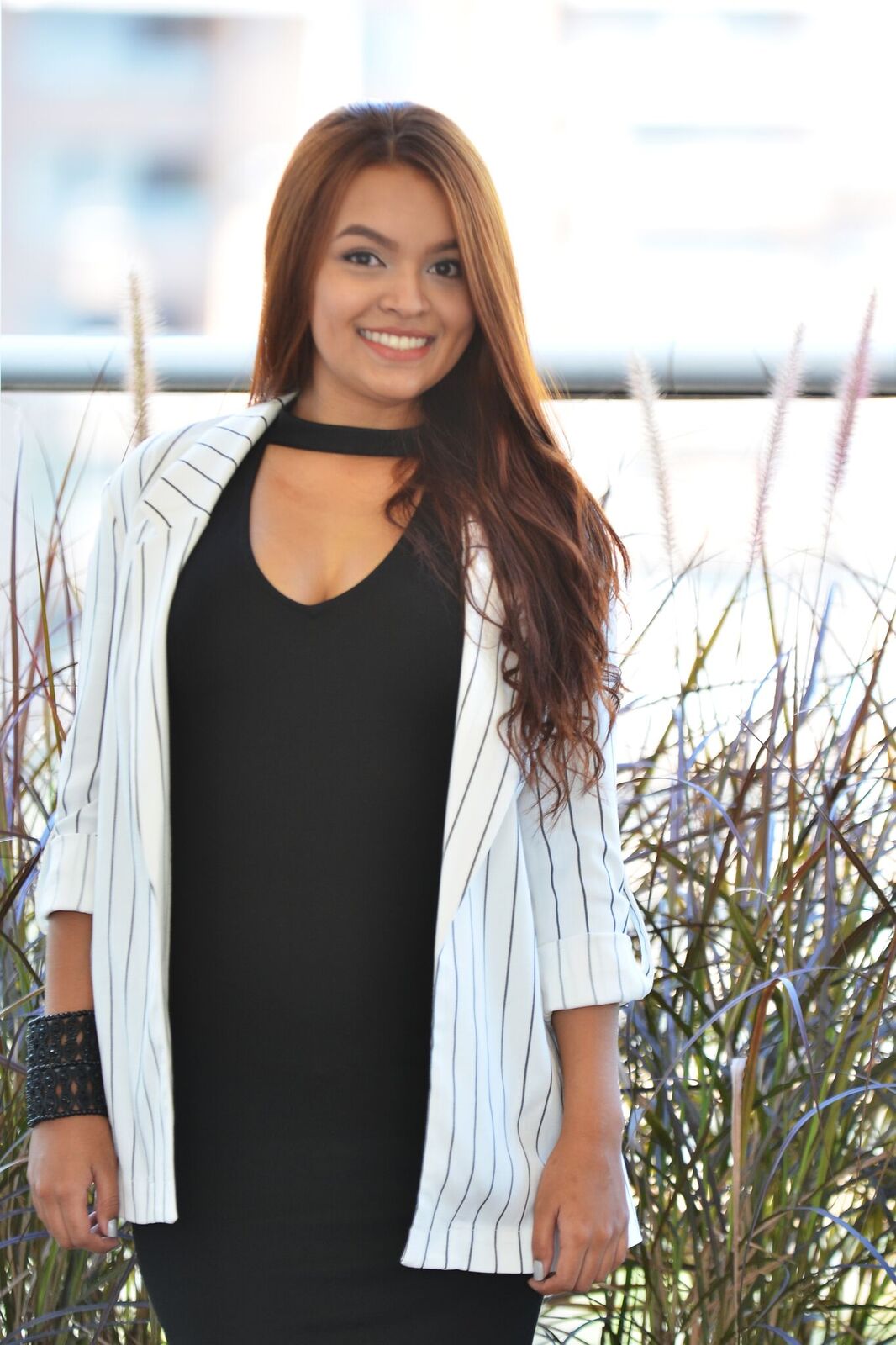 
Laura joined Casacol in 2017 upon completing her International Business studies in EAFIT with an emphasis in  Marketing. Laura is singularly focused on our core Blux and Moderatto buildings where she is responsible for the high levels of occupancy and customer service that our investors and renters alike enjoy.


Laura is 100% tri-lingual (Spanish, English, and Portuguese) and went to high school in Phoenix, AZ where she perfected her English. She is also very passionate about helping to run her family business (import, retail, and distribution of athletic footwear) where she started at 12 years old.

Laura can be reached directly at laura@casacol.co. 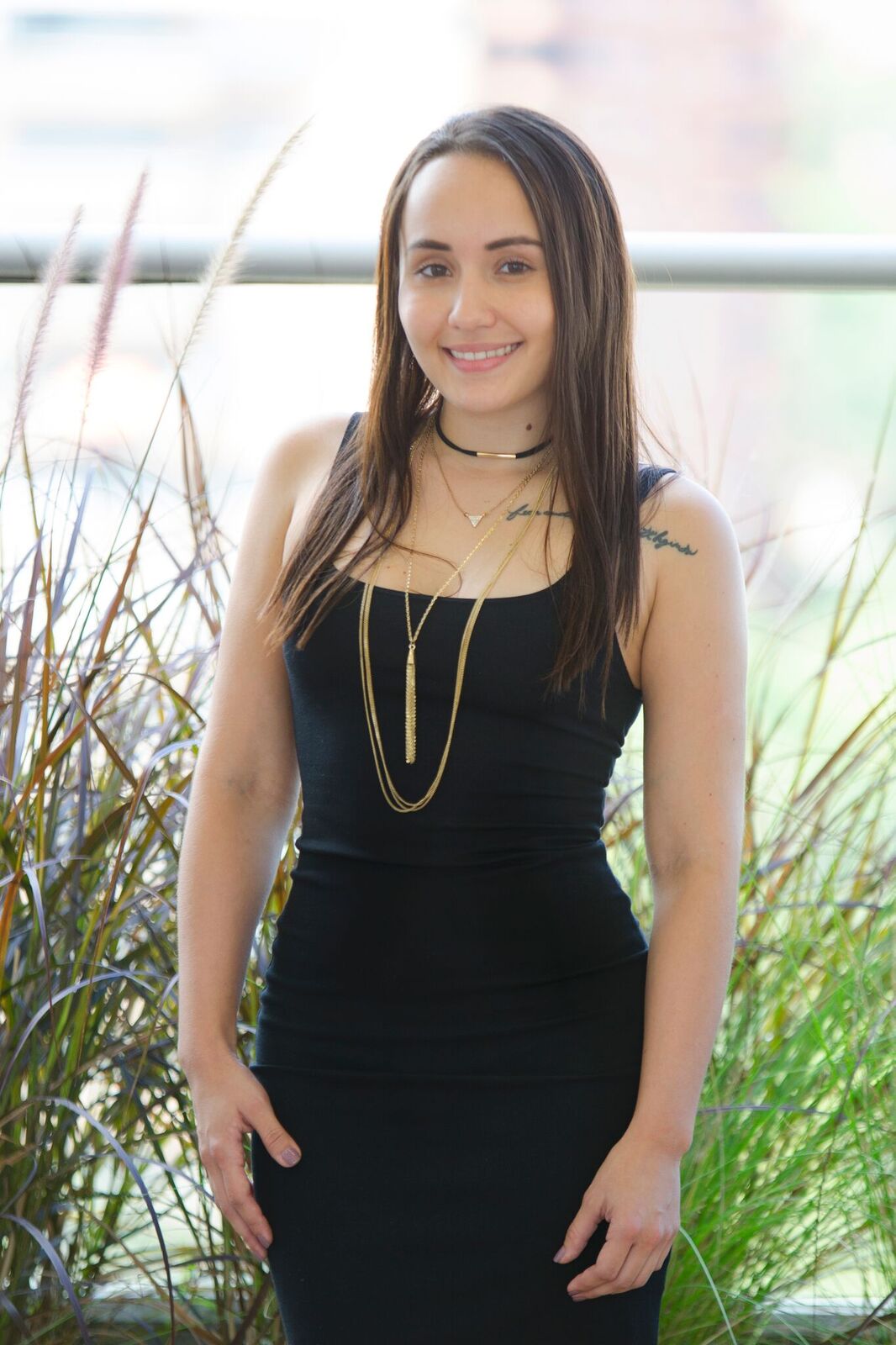 
Estefany joined Casacol in early 2017 as a property manager dedicated to our fast-growing portfolio in the Provenza and Lalinde areas of El Poblado. She was raised in Tampa, FL and then received her bachelor's degree in International Business at EAFIT with a focus on internationalization and entrepreneurship.


Estefany not only is 100% bilingual but she also spent 3 months in Brazil studying and perfecting her Portuguese. She is passionate about business, interpersonal communications, and real estate. She is currently enrolled in the "Lonja de Medellin" real estate sales and property management modules.

Estefany can be reached directly at estefany@casacol.co. 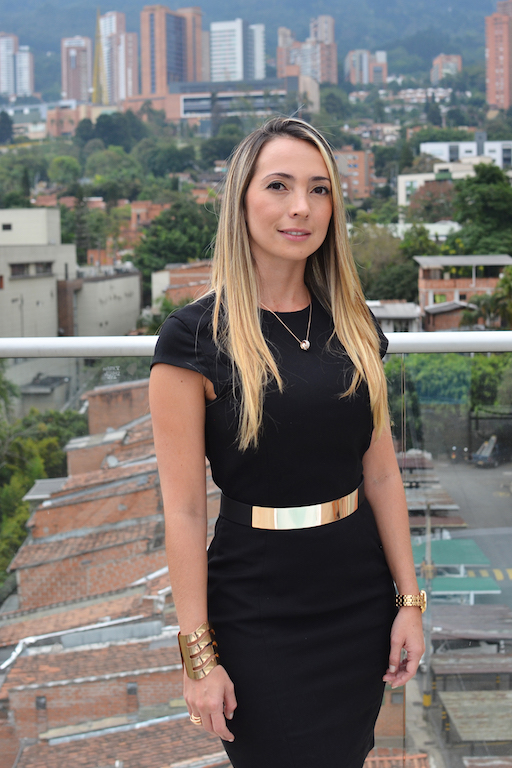 Juliana Gil is a mechanical engineer graduate from EAFIT University. She joined our Casacol team in December 2017 after a career in the Colombian oil field service sector, completing her specialization on project management at El Bosque University in Bogotá.

She is 100% bilingual and she is actually managing our brand new and super modern hotel Loma Verde which opened in 2018. She is responsible for and focused on giving out the best customer service for our tenants and Casacol investors.

In such a short time in Casacol Juliana has developed a passion for business, customer service and real state in general!


Juliana can be contacted directly at  juliana@casacol.co.